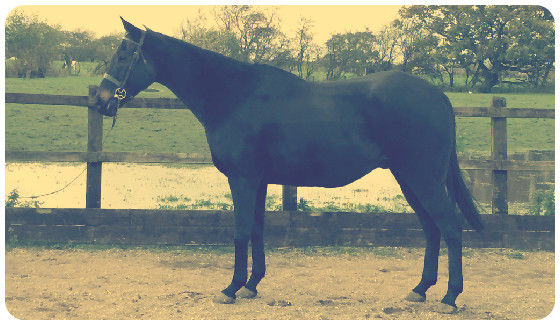 Meet Jackie and Coben the thoroughbred

Jackie Higham bought her horse Coben (Cavite Eta) earlier this year for riding and showing. It wasn’t long however before she noticed that something was wrong with the thoroughbred. “He was rearing when he was girthed up and when I tried to mount,” Jackie told us. “As he is normally very placid I knew this was out of character so called the vet.”

Coben was booked in for an x-ray, and after examinations including a gastroscopy procedure it was revealed he had kissing spines, a disease which affects a horse’s spine and bones connected to the vertebrae, causing them terrible pain and discomfort. Symptoms can include a change in a horse’s temperament and physical difficulties in performing tasks.

“I was so upset when I found out my horse needed surgery. I only bought him in April and believed him to be fit and well,” said Jackie. “It was a stressful time and I was quite upset that my horse had a painful condition.”

Kissing spines can be treated successfully in most cases by surgery, and Jackie let us know that she was making a claim to help correct the condition. “The lady on the phone was lovely and reassuring. Coben was booked in for his surgery and the communication and paying of treatment has been easy.”

A much happier boy

After surgery Jackie was told Coben’s recovery time would be six to eight months before he can be ridden again. After the first three months he can be brought slowly back into work, starting with some light lunging before gradually building up to getting his saddle back on. “Potentially he may need further treatment to help him regain his mobility and strength,” said Jackie. “This might include physio or steroids. Hopefully he won’t need this or will only need this short term.” 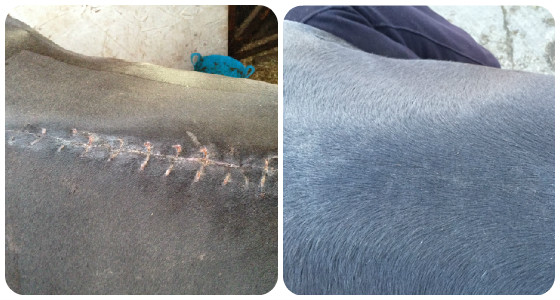 It seems the treatment he’s receiving is already having a positive effect, and Jackie has seen a huge improvement in her companion’s demeanour. “I didn’t notice before but he must have been limiting his behaviour due to pain. I just thought he was quiet! Coben is a much happier boy, he plays in his field like a youngster now.”

Relieved to have horse insurance

Jackie was relieved she had insurance to cover the costs of Coben’s life-changing surgery. “I can’t tell you how grateful I am that Coben was able to get the treatment he needed and deserved,” she told us. “We are both very grateful. He is such a lovely boy and I’m very hopeful that we will be out having fun together next year.”